My boyfriend’s birthday was yesterday and my birthday is tomorrow so I wanted to share some dessert drawings. I love how our birthdays are close together. It makes it feel even more special. 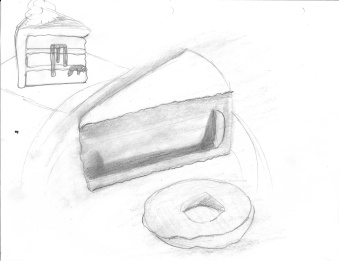 This is a sketch I did on trash printer paper. Just getting a feel for the shapes and warming up.

The main reason I chose to draw desserts is because I think cupcakes are so cute. This one is drawn using graphite pencil and sketchbook paper.

This is a drawing of an image of macarons I found on google. I’ve never tried this dessert. I’ve heard they’re not very good. I just think of Blair Waldorf from Gossip Girl, eating them in the bath tub while she pouts about her many problems.

I initially just wanted to draw cupcakes but then I wanted to draw cakes, doughnuts, and other desserts too. They look so delicious. I wont be having any of these desserts for my b-day though. I’ll be having Pizza Pie from Pizza Hut 😂.

These sketches are done on hot pressed watercolor paper. It was my first time using this kind of paper, and I love how it felt. It was also my first time using Inktense pencils. So, I was just playing around with mixing and determining how much pigment to use. Very little pigment goes a very long way with Inktense.

This cupcake was drawn on tan paper using Polychromos colored pencils. I put more effort into this drawing than the others. I used a photo of a cupcake as reference (link at the end of the post) but I made a few changes to make it my own and not outright copy the image.

I blended everywhere except the background and the surface the cupcake is sitting on. I love the way colored pencils look. Also, I accidentally used Inktense on the cake part where it’s really dark.

I’ve been wanting to draw cupcakes for a long time, and I finally did it. It was fun and maybe I’ll draw some more again soon. Any other September babies out there . . . Happy Birthday to you too! 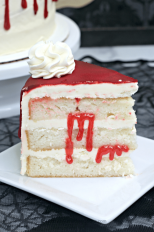 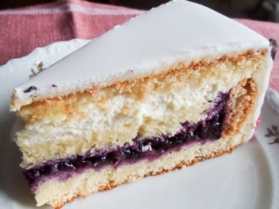 I’ve got a few sketchbook drawings I’ve been working on the past few days. Mostly I’ve been outside getting some yard work done since the temperatures have dropped into the low 90’s. It’s amazing how much cooler that feels compared to 98 degrees. (I love that band!)

I’ve also been preparing for Hurricane Laura. Just making sure we’ve got everything we need because it’s comin’ right for us . . .

I’ve always liked the style of tattoo artwork, especially the old school tattoo style. I’m not interested in drawing them on skin though.

I just love the look and the colors. I need to practice and find my style and that’s what I was trying to do with these honey inspired images. 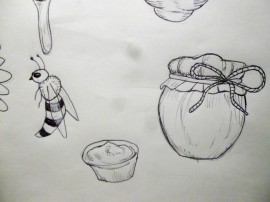 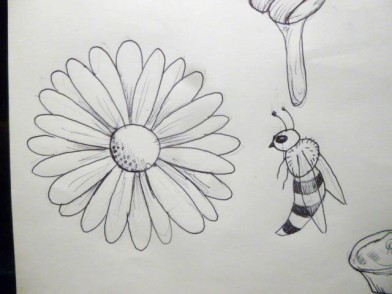 I was thinking about the verse in Proverbs 16:24 – “Kind words are like honey – sweet to the soul and healthy for the body.” And I thought some images like these would look good combined with that verse.

I do not own 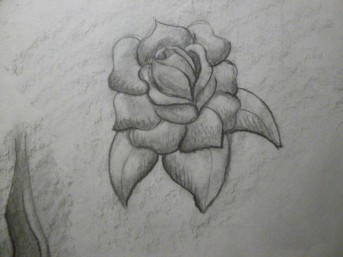 I followed the tutorial on the left to practice a tattoo style rose. I also watched this video while drawing for inspiration, if you wanna check it out.

I drew this back in May. I love weapons and there’s so many I wanna buy, but really, I don’t need to be buying them. So, I thought I’d sketch them instead. I struggled to get the proportions right on this one. The picture was deceiving my eyes. 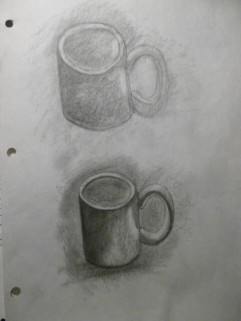 And I sketched a coffee cup from life. I’m sketching too much from pictures, so I’m trying to be sure I also draw from life. 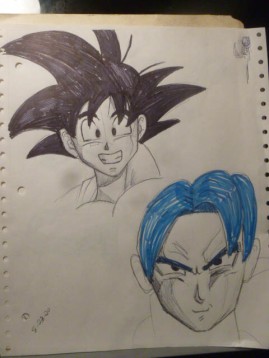 And some quick sketches of Goku. My weeabu boyfriend has talked my ear off about Dragon Ball and Akira Toriyama’s art style literally since the first conversation we had. (Two whole years of hearing about it!) I’ve come to appreciate the art style though, so I’ve been studying up on the artist and I’ll keep trying to draw Goku. 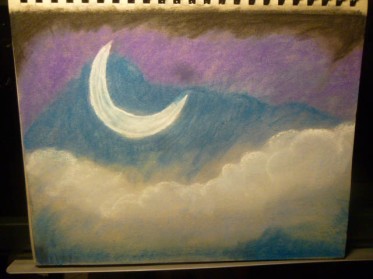 And the last sketch for today is this moonlit scene in Prismacolor Nupastel art sticks. I drew one that I shared in my last post but I knew I could do much better, and I also enjoyed using the nupastels, so I’m trying again and taking it more seriously. I’m liking how those clouds are looking. It’s not done yet though.

I appreciate you for taking a look at my sketches and if you are needing some critique on your own artwork, I’d love to take a look and help you out.

No matter how much experience or education you have, the pressure can build up and make the artwork suffer. If you’ve been reading my blog then you know the pressure was pushing down on me. I’m happy to announce that the pressure is finally being released some.

Just gotta’ remember to draw for yourself, and don’t let the pressure take away the fun. I’m still working to improve my drawing skills so in my next post I’ll be sharing some more sketches. Hopefully, I’ll be brave enough to share some hand or figure poses with you.

Hello everyone, I’ve been drawing quite a bit at my new drawing desk. I should have gotten it sooner, I don’t know what took me so long. These drawings are all done on the blank side of my Interior Design sketchbook assignment. Let’s just jump right in . . . I’ll show the furniture side first and then the blank side.

This was sketch #4 of a table. It’s ok. The perspective is correct. My lines are a bit wobbly. No shading, no life, just a plain table.

The perspective made me think it belonged in outer space. So, I made it into some kind of space ship. I used graphite pencils and charcoal. Any Friends fans out there? I used to be a major fan, I over watched every season ’till I couldn’t stand them anymore. I have this scene running through my head right now:

It’s not just a table, it’s a space table.

My wacky boyfriend has a brain full of random stuff, so I got him to suggest some things for me to draw. He came up with so many great ideas, but then he said, “Icicles.”

But since I’m just drawing for fun with no pressure, I decided to just do it. They weren’t that hard, and I didn’t work to get them perfect. But they look pretty great for some fun sketching. I used graphite pencils.

Sketch #6. I didn’t do anything to it, I decided to share my professor’s notes. If anyone is trying to draw chairs and you’re struggling, then I hope this page can be helpful to you. They’re probably pretty common mistakes beginners make.

Another one suggested by my boyfriend. He’s part Indian and his aunt has a dreamcatcher that this one is inspired by. I decided to use Polychromos colored pencils and let me tell you why that was a bad idea.

It’s a slow medium that requires a lot of layers. And since these are just sketches, I’m not willing to put in the work or waste the pencils.

So, I should have done graphite or chosen a different way to color it. That’s one thing sketchbook work is for, to help me make fewer mistakes.

It definitely would have looked better if I did the whole thing in graphite.

Sketch #17. Another one that’s not too bad . . . some messy lines, but overall it’s a good chair sketch. 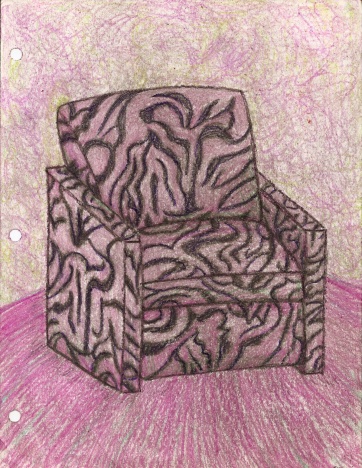 Ew, it looks kind of gross here 😝. It’s because I drew the zebra stripes with 6B and 8B pencils and the graphite smeared. Also, the green I added sorta looks like a sickly covid 19 – green. 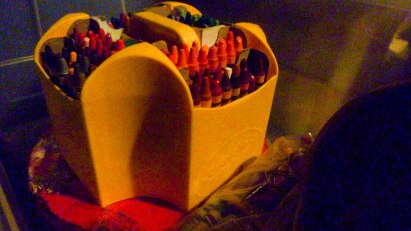 I wanted to use my Crayola crayons in the neat the little case. I figured they’d be faster and I really like the colors. And Omg, the crayon box is at the very bottom of the Leaning Tower of Pisa boxes. See that box on the bottom left with the blue lid . . . sigh. 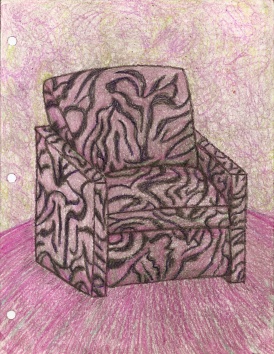 Ok, my drawing isn’t anywhere near as scary and complete as Francis Bacon’s on the right, but mine reminded me of this painting. I might go ahead and work some more on it . . . but the question is, who should I put to sit in the chair? If you have any ideas, just let me know in the comments.

I have an idea for a drawing I’d like to do that has a teddy bear in it, so I’ll need lot’s of practice drawing them. As you can see, I stuck with graphite on this one. His eyes look a bit sinister but it’s a pretty good sketch. I get a little impatient with things like fur, so that’s definitely an area I need to learn to be more patient with. 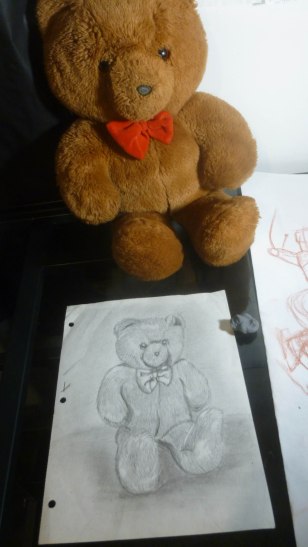 I got this bear when I was 1. We were living in California and my grandparents came all the way from Texas to see me and give me this bear, and another bear that’s identical. I guess they’re twins. We even have a cool home video recorded on VHS 😊.

That’s All the Sketches for Today

I hope you enjoyed them and maybe even got some inspiration for your own work. Just remember that sketchbooks are the perfect place to experiment with different supplies and it’s ok to make some mistakes, like smearing the graphite or using sickly covid 19 – green. Just have fun and draw.

Next Thursday, I’ll be talking about one of my favorite artists who is a  big inspiration for my photography.

I was looking for a little motivation for the teddy bear so I watched this video by Yong Chen. If you’re in the mood to see someone draw a teddy bear in graphite, go check it out.

Old Cassette Tape in the Woods
Day 5 of No Electricity or Running Water - nice to see the sun again
You Know that Movie Krampus . . . I feel like I'm trapped in a scary winter snow globe
Nooo, this isn't Alaska - It's Nacogdoches TEXAS! I'll be glad when my power comes back on and my frozen toilet water melts
Loading Comments...
Comment
×