A LOT of comments were labeled as spam and unfortunately, I JUST now noticed. I’m so sorry to anyone who has left me a comment and never heard a reply from me.

I’m so happy to receive comments and follows from my readers and I wouldn’t want any of you to be ignored! I’ll try my best not to let that happen in the future.

When I was in college I worked as a telemarketer. I didn’t really like the job, but the company was great to work for. They had very flexible hours and included a large amount of tuition reimbursement.

When I started I was selling long distance plans for AT&T. Then I sold DSL Internet. Then I was a chat customer service rep for Kohls. That one was my favorite one and I was so sad when they decided to outsource to India. And my last job with that company was selling services for Verizon through chat.

I wasn’t very good at it and I was done with telemarketing and sales after that. I made a few friends while there and in between calls we talked and laughed and complained about people hanging up on us. 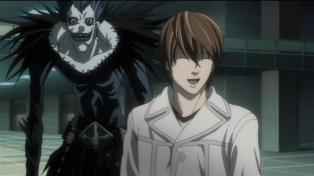 I actually learned about the anime Death Note from one guy. 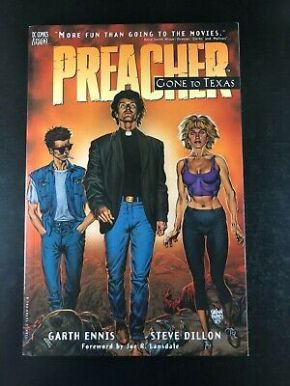 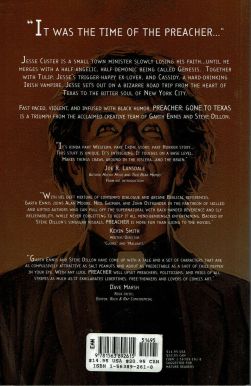 From another guy, I learned about the very cool graphic novel, Preacher Gone to Texas. Fun fact: I went to high school with the daughter of the guy who wrote the forward, and he even mentions my home town in it.

Another thing I did to kill time while sitting in my little cubicle was sketch. And I found 6 that I’d like to share with you.  You can tell that a lot of my pen strokes were done quickly. That’s because I had to hurry while I was getting a call.

I was really into metaphysical art back then. I think that’s the style I was going for in this one.

I also like the dirty stains on it. I have no idea what that’s from though. Spilled coffee, maybe . . .

This is my favorite. I like this dude’s lil’ spikey friend/pet thing. I wonder if I was inspired by the Chain-Chomp on Mario Bros . . .

Another inspired by metaphysical or maybe surrealism. 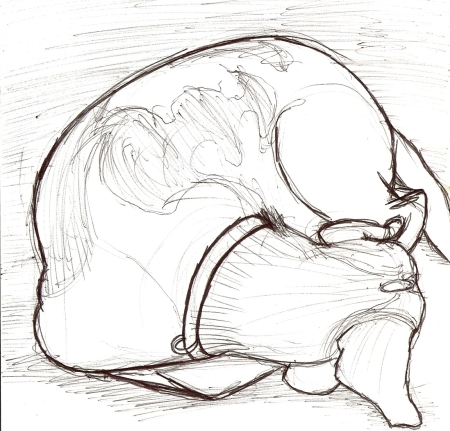 Awww, and there’s a sketch of my dog, Sunny, while she was sleeping. We just got her when I drew this. I actually drew these two of Sunny at home, but I kept them with my other sketches that I did at work. 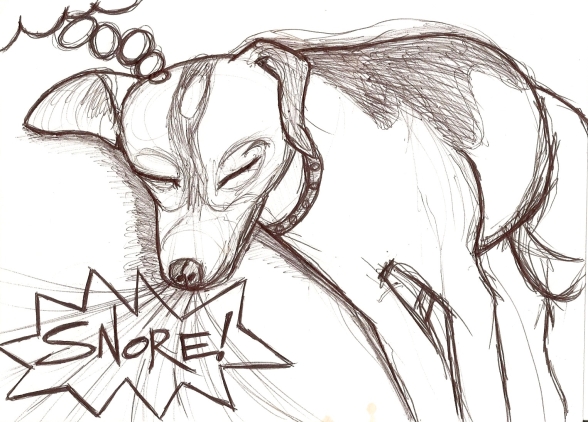 And the final image is another of my good girl snoozing. She’s such a loud snorer. She snores like a grown man! And she kicks her legs and makes squeaking noises when she’s dreaming about chasing rabbits.

I love drawing with pen. It can be a good way to challenge you to draw better since you can’t erase. And I think it looks cool. Plus, you can actually draw some incredible artwork using a simple and cheap Bic pen.

They come in a lot of colors so, if you haven’t already, go ahead and try them out . . .

Look at that dog’s butt! She just loves digging. She’d dig to China if I didn’t stop her. I think it’s so funny because she makes a complete circle and eventually I get a good view of her butt and a mouth full of dirt.

She’s such a cutie pie.

Old Cassette Tape in the Woods
Day 5 of No Electricity or Running Water - nice to see the sun again
You Know that Movie Krampus . . . I feel like I'm trapped in a scary winter snow globe
Nooo, this isn't Alaska - It's Nacogdoches TEXAS! I'll be glad when my power comes back on and my frozen toilet water melts
Loading Comments...
Comment
×